Hot Off The Hearth: The Essential Baking Blog 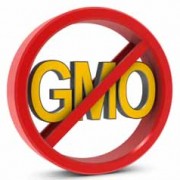 Making the switch to avoid GMOs in your diet is not only a health-conscious decision, but it is environmentally-smart. According to the American Academy of Environmental Medicine (AAEM), studies show having GMO in your diet can lead to organ damage, gastrointestinal and immune system disorders, accelerated aging, infertility and other long-term problems.

Here are the top 10 foods to avoid in the grocery store when switching to a GMO-free diet.

Although you may enjoy it when you are sick or on a chilly winter day, most pre-made soups contain GMOs. When in doubt, read the label. Soups containing oil made from cottonseed, canola, and/or soybean are the biggest offenders.

In 2011, nearly 88 percent of corn grown in the U.S. is genetically modified. The most common modification is to make the corn resistant to herbicide glyphosate, which is used to kills weeds during the growing process. The USDA states that farmers in every state in the U.S. are growing at least some crop of corn with GMOs at any given time.

Soy is one of the heaviest genetically modified foods in the country. Found in tofu, vegetarian products, soybean oil, soy flour and numerous other products, soy has been modified to be resistant to herbicides. Approximately 90 percent of soy is genetically engineered to resist Monsanto’s herbicide Roundup.

Genetically modified papayas have been grown in Hawaii for human consumption since 1999. The modification not only allows the fruit to be resistant of the Papaya Ringspot virus, but it also delays the maturity of the fruit.

Squash and zucchini are common GMO-filled vegetables because the crop is more prone to viral diseases. The vegetables contain a toxic protein that helps make it more resistant to insects.

You are what you eat, and unfortunately most of the livestock that are used for human consumption are not fed well. The U.S. is one of the world leaders of commercially-produced animal feed for animals that produce eggs, meat and dairy.

One fifth of the dairy cows in the U.S. have been given growth hormones to help them grow faster and increase their yield. The chemical used is currently banned in the European Union, Japan, Canada, New Zealand and Australia.

You want your baby to grow up strong, but often times that means feeding them GMOs as a newborn if you are not careful. Both milk and soy products commonly found in baby formula contain GMO.

10. Alfalfa
In 2011, the USDA approved the growth of genetically modified alfalfa. Alfalfa consists of a gene that makes the crop resistant to herbicide Roundup.